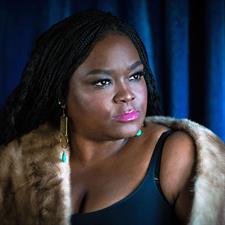 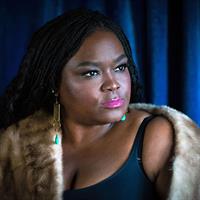 Award-winning blues, soul and Americana singer Shemekia Copeland possesses one of the most instantly recognizable and deeply soulful roots music voices of our time. She is beloved worldwide for the fearlessness, honesty and humor of her revelatory music, as well as for delivering each song she performs with unmatched passion. Copeland — winner of the 2021 Blues Music Award for B.B. King Entertainer Of The Year— connects with her audience on an intensely personal level, taking them with her on what The Wall Street Journal calls “a consequential ride” of “bold and timely blues.” NPR Music says Shemekia sings with “punchy defiance and potent conviction.” The Houston Chronicle describes her songs as “resilient pleas for a kinder tomorrow.”

On her new Alligator album, Done Come Too Far, Copeland continues the story she began telling on 2018’s groundbreaking America’s Child and 2020’s Grammy-nominated Uncivil War, reflecting her vision of America’s past, present and future. On Done Come Too Far, she delivers her hard-hitting musical truths through her eyes, those of a young American Black woman, a mother, and a wife. But she likes to have a good time too, and her music reflects that, at times putting her sly sense of humor front and center. “This album was made by all sides of me — happy, sad, silly, irate — they’re all a part who I am and who we all are. I’m not political. I’m just talking about what’s happening in this country.”

With Done Come Too Far, Copeland hits harder than ever with musically and lyrically adventurous songs and jaw-dropping performances that are at once timely and timeless. The Chicago Tribune’s famed jazz critic Howard Reich said, “Shemekia Copeland is the greatest female blues vocalist working today. She pushes the genre forward, confronting racism, hate, xenophobia and other perils of our time. Regardless of subject matter, though, there’s no mistaking the majesty of Copeland’s instrument, nor the ferocity of her delivery. Copeland reaffirms the relevance of the blues.”