This summer, Everclear will be doing what they like to do most summers—tour as much as humanly possible, often with fellow ’90s alt rock brethren on the bill. But this year, the band’s calendar features a major milestone amid a career already filled with massive achievements, as 2022 marks Everclear’s 30th anniversary as a band. It’s as good a reason as any to kick things up a notch.

In honor of this auspicious occasion, Everclear will embark on a 25+ date North American 30th Anniversary Tour (with special guests Fastball and The Nixons), celebrating the band’s remarkable three-decade run. Vocalist/guitarist and founder Art Alexakis hints that the sets will run the gamut of Everclear’s career, all the way back to some very early material, including songs from their currently out-of-print full-length debut, 1993’s World of Noise.

“We're gonna do a couple of songs off World of Noise for sure, and maybe even some hidden gems from back in the day that were B-sides,” Alexakis says. “And, of course, we'll still play all the hits and fan favorites. It's going to be a really fun summer!”

Alexakis reveals that he has been quite busy during the pandemic, and while sorting through boxes and boxes of old Everclear memorabilia and studio tapes that have been in storage for years, he unearthed the original masters for World of Noise. He is currently in the process of having the tapes professionally preserved and digitized, with plans to reissue the album this year. In addition to a physical release, World of Noise will be made available for the first time on all the digital music streaming services like Spotify, Pandora, iTunes and Amazon Music.

“For sure this year, we're going to put out a remastered version of World of Noise,” Alexakis reveals. “The album has never been available digitally before because the masters reverted back to me several years before streaming services like Spotify and Apple Music came about. So now I'm going to release it digitally for the first time - and do a vinyl pressing that will include some old demos and stuff. It'll be fun for the hardcore fans. I’m excited for everyone to get a chance to listen to this rarity of ours that really set the stage for this incredible career.”

The original 1993 release of World of Noise, paired with the band’s significant efforts to break into college radio, attracted the attention of major labels, including Capitol Records, which signed the group soon after. Thus began Everclear’s major-label career, beginning with 1994’s Sparkle and Fade, and its massive hit, “Santa Monica.” The fan-favorite song was the recent subject of a 30th Anniversary Tour teaser video the band issued, showing them performing the track in the early days and then flashing to clips of them playing it literally all over the world. Adding to the celebration this year, Everclear will be releasing a short retrospective commemorative video that takes stock of these amazing last 30 years, narrated by band friend and former MTV veejay Matt Pinfield. 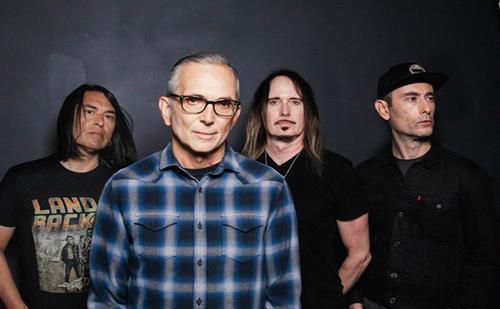