Chicago’s West Side guitar style, alternating stinging single-note leads with powerful, distorted chords, was created in the late 1950s, mostly by Otis Rush and Magic Sam. Originally developed because their small bands couldn’t afford both a lead and rhythm guitar, it grew into an important contribution to modern blues. Freddie King, Luther Allison, Jimmy Dawkins and Mighty Joe Young were the other “big name” West Side stylists. A less familiar name is Luther “Guitar Junior” Johnson, who, after serving a long sideman apprenticeship, has blossomed into a strong performer in his own right.

Ironically, Luther’s leap into the worldwide blues spotlight was earned as a member of the premier South Side blues band, Muddy Waters’ group. Luther played for seven years with Muddy, touring Europe, Japan and Australia as well as across the U.S.

Luther’s story, like that of so many bluesmen, began in Mississippi. He grew up in Itta Bena, where he was born in 1939. His first musical experience was leading a church choir in nearby Greoy Rogers special, and a cousin taught him how to tune it. Read More

GA-20 was formed by friends Pat Faherty and Matthew Stubbs in Boston, MA in 2018. The project was born out of their mutual love of heavy traditional Blues, R&B, and Rock & Roll of the late 50s and early 60s. Faherty and Stubbs bonded over legendary artists like Lazy Lester, J.B. Lenoir, Earl Hooker, Buddy Guy, Otis Rush and Junior Wells. Feeling a void in current music, the duo have set out to write, record and perform a modern version of this beloved art form. Joined by drummer Tim Carman in 2019, GA-20 is a trio of 2 guitars, vocals and drums. Raw, passionate and honest performance, both on stage and in the studio, is the only goal.

Boston native, Sonya Rae is a rising star with a blend of gifts rarely found on the blues-rock and soul scene today.  Her dazzling musical ability is immediately evident through her soaring vocals, scorching guitar work and savvy song-craft.  She has been likened to a “fiery female combination of Warren Haynes, Bonnie Raitt and Amy Winehouse” Always backed by a masterful group of musicians including guitar phenom (husband) Ryan Taylor, she and her band are quickly becoming one of the most sought after acts on the scene today.

New England blues belter Nick David (Mr. Nick and His Dirty Tricks) has teamed up with legendary Blues guitarist Paul Size (Mick Jagger, Keith Richards , The Red Devils) along with Jeff Berg on rhythm guitar, Mike Law on bass and Nick Toscano on drums this quintet is surely to become one of the most formidable bands in New England. This will be a night of raucus, high energy blues rock that will leave you gasping for air! Nick David is a bad-ass harp player with a booming voice and a killer stage presence...don't miss this one!

Indulge your senses in great food and dine at one of our on-site restaurants before the show! Click to make a reservation for dinner before the show at Seaglass Restaurant, SurfSide, or Capri Seaside Italian Kitchen + Pizzeria. 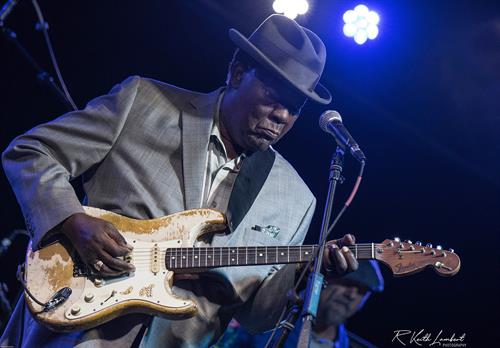